Sozial work is a typically modern profession and discipline. Ist development was necessitated by the economic, social and political transformation which marked the transition from a traditional to a modern society. Ist mandate is to support people, threatened with isolation, poverty, marginalisation as well as their psychological implications to realise their social citizenship. This development took place in various phases which are briefly introduced, in parallel with the various models of "welfare regimes" that came to characterise European nation states. The purpose of the module is to show that "helping" of this formal kind impliesthe mediation between "private troubles" and "public issues" and is therefore always of a political nature.

the course provides an introduction to the historical circumstances surrounding the beginnings of welfare measures in Europe in the wake of the Industrial Revolution. It is based on the sociological categorisation of pre-modern and modern forms of solidarity, the latter of which have to be organised, fostered and protected by explicit welfare arrangements.

The module provides participants with a basic understanding of the specific nature of social work as an academic discipline and as a profession from an historical perspective. It therefore helps to correct misunderstandings of the helping process in social services and allows to recognise the personal and the political nature of this highly delicate process. Students will learn that the processes that brought about modern societies, with their promises of liberty and equality but also with their dangers of dependency, destitution and exclusion, are continuously at work. They will be able to identify the outlines of similarities and differences  between present social policy options and those of early industrialisation.

Just as economic capital (money, means of production) was unequally distributed in society with the emergence of capitalism as the dominant economic system, so 'social' and 'cultural' capital also decided over privileged or disadvantaged positions in modern societies

While the work of charities was important for providing 'first aid' to people stranded in the problematic situation of urban dwellings, the call for a more systematic approach to solving structural issues of inequality, disease and poverty became ever louder, depending on the type of political orientation of the respective European governments

Professional approaches to social work are characterised by their reference to scientific studies of human behaviour, in particular the need to respect the dignity and the self-determination capacities of each person. Professionalisation tries to overcome the limitations of forms of spontaneous, voluntary assistance (and their moralistic implications)

The development of different methods and approaches to "social work" corrisponded to the different "welfare regimes" that developed in Europe. This section looks at "social pedagogy" as a method that stimulates self-help, as does the social policy principle of "subsidiarity" which gained prominence particularly in Germany 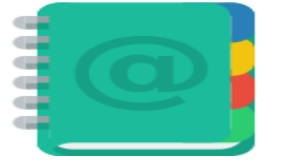